To receive project updates and be notified about public engagement opportunities, sign up for our newsletter.

Learn more about procurement opportunities for contractors and design consultants at portvancouver.com/infrastructureprocurement.

The Vancouver Fraser Port Authority is leading a project to design and construct a new overpass over the rail lines at Holdom Avenue in Burnaby. The new overpass will support national trade growth, and aligns with the City of Burnaby’s transportation plans. When complete, it will allow for more fluid rail movement to and from port terminals in North Vancouver, and will improve safety and community access by creating more reliable travel times and better emergency response options.

The port authority is working with Indigenous groups, the City of Burnaby and other stakeholders to undertake technical studies and engagements, advance the project design, and plan for project construction.

The proposed Holdom overpass is part of the Burnaby Rail Corridor Improvements Project—a series of improvements identified by the Gateway Transportation Collaboration Forum, and Transport Canada as a priority to be upgraded. In 2018, the port authority received funding from the Government of Canada to complete design and construction of the Burnaby Rail Corridor Improvements Project, including the coordination of two CN-led rail projects.

Between 2019 and 2022, CN upgraded its rail infrastructure as part of this project, including:

For more information, see our media release, and for any questions or concerns about the rail components or rail operations, please email CN at [email protected]. 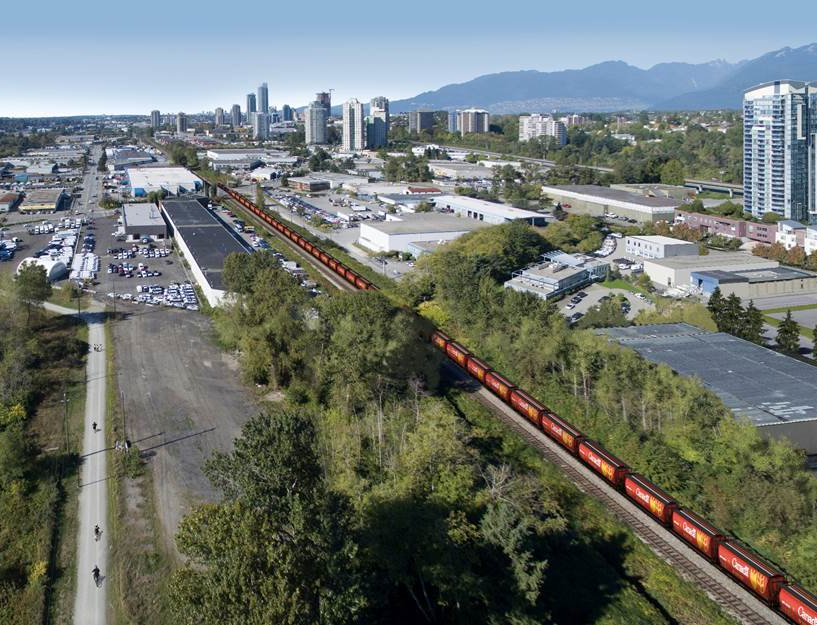 Draft rendering of the Holdom overpass 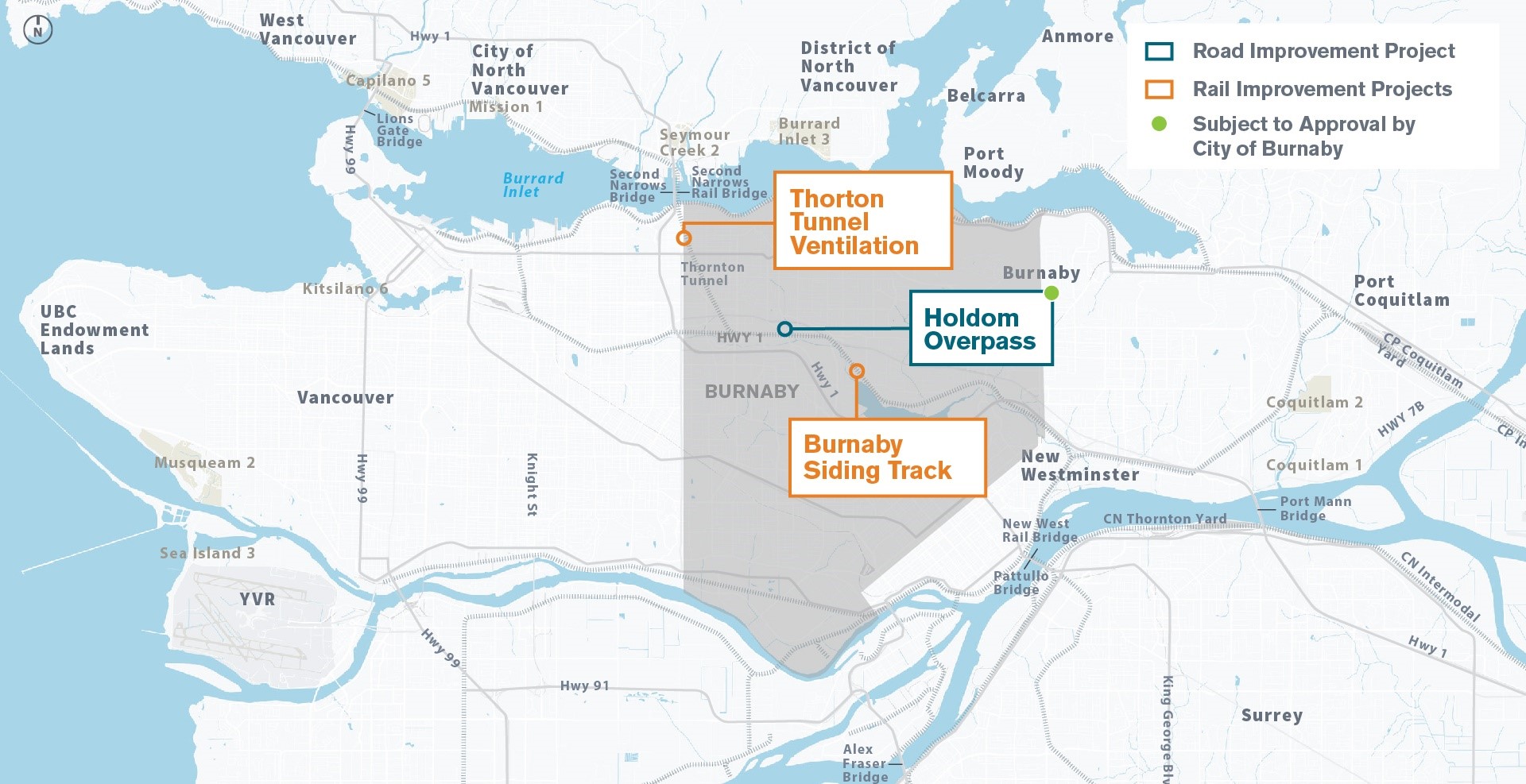 The port authority has a positive track record of delivering high-quality projects based on best practices in sustainability, environmental protection, and engagement.

Timelines are subject to change

CN
CN operates trains on the New Westminster subdivision, and will lead the design and construction of the tunnel ventilation upgrades and new rail siding track. CN is a public company that operates under all applicable Canadian and U.S. regulatory guidelines and standards.

We acknowledge that while port-related developments provide local, regional, and national benefits, they also have the potential to affect those who live, work, or play in and around port lands and waters.

Our approach to public engagement is based on two-way communication and open dialogue, working together to ensure the community, the environment, and the economy are all considered during project planning.

Thank you to everyone who has participated in public engagement for the Holdom overpass.

This project is funded by the Government of Canada through the National Trade Corridors Fund, the port authority, and CN.