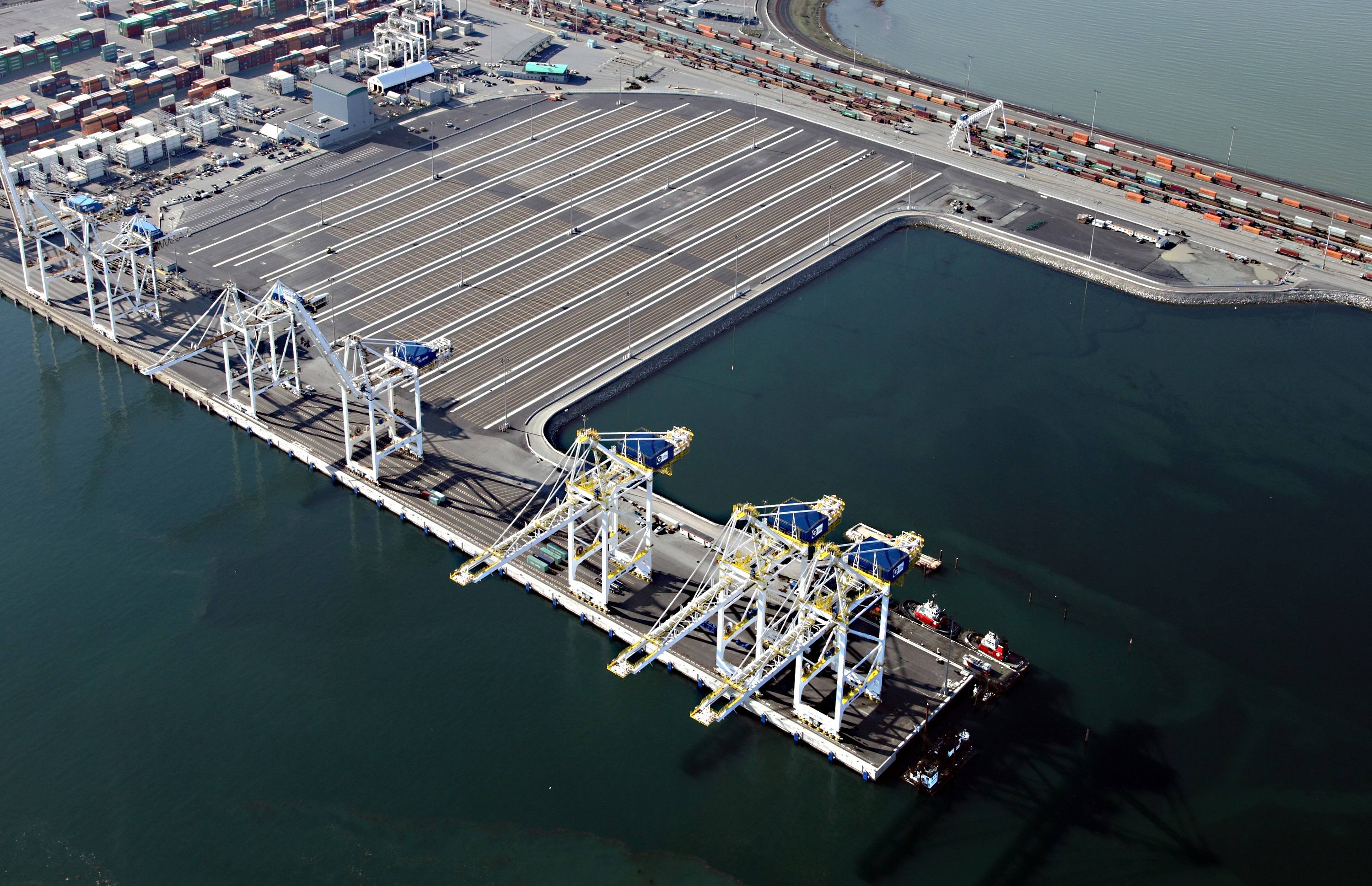 The Deltaport Third Berth Project (DP3) is a joint-initiative between the port authority and Global Container Terminals to expand existing container operations at the Deltaport container terminal at Roberts Bank, in Delta, BC.

The Deltaport Third Berth Project has increased the capacity at Deltaport by up to 600,000 TEUs (twenty-foot equivalent units) by adding a third berth and 20 hectares of container storage facilities to the existing two-berth container terminal.

The third berth at Deltaport is operated by Global Container Terminals, a private company that operates the existing Deltaport container terminal.

The project is part of our overall strategy to expand container capacity at the Port of Vancouver to accommodate consumer and business-driven demand for increased Canadian trade through the west coast of Canada.

The project was comprehensively reviewed by federal and provincial government agencies through a single harmonized environmental assessment process facilitated by the B.C. Environmental Assessment Office and was open to the full participation of stakeholders and the general public.

On September 29, 2006, we received a provincial environmental assessment certificate for the Deltaport Third Berth Project. The federal comprehensive study of the Deltaport Third Berth Project was completed on December 8, 2006. On December 19, 2006, we received authorization under the Fisheries Act for the project. On January 2, 2007, we received authorization for the Disposal at Sea Permit Application under Canadian Environmental Protection Act for the project.

We developed a sustainable project and invested approximately $25 million to implement more than 150 commitments to protect the environment, including a construction Environmental Management Plan, a comprehensive Fish and Wildlife Habitat Compensation Plan, a Marine Mammal Monitoring Program and an Adaptive Management Strategy for the intercauseway area.

The East Causeway Habitat Compensation Project began construction in September 2009. The project will transform the land beside the Deltaport causeway into diverse marine and wildlife habitat. The project will change public access to protect wildlife.

In December 2014, the Vancouver Fraser Port Authority concluded its eight-year Adaptive Management Strategy, a science-based program to monitor and manage the Roberts Bank inter-causeway ecosystem. The program’s 2014 report, the final report, was produced in July 2015.

The strategy was developed in consultation with Environment Canada, and it was one of several significant environmental programs that were launched as part of the Deltaport Third Berth Project. The strategy allowed for the early detection of changes in the inter-causeway ecosystem (between Deltaport Way and Highway 17) so that potentially significant negative ecosystem trends attributable to the project could be prevented or mitigated.

An independent advisory committee comprised of three scientists appointed by the port authority and Environment Canada was formed to provide scientific and technical advice and recommendations to the strategy.

After eight years of detailed analysis, it has been concluded that there were no ecosystem-wide trends towards marine eutrophication (nutrient imbalances in the water column leading to ecosystem changes) in the study area and no new dendritic channel formation as a result of the development of the Deltaport third berth.

The annual reports below provide interpretation and discussion of the data collected as part of the eight-year monitoring program.


Table of commitments and assurances