On Wednesday, November 18, the port authority welcomed the NYK’s Sakura Leader, the first LNG-fueled ship to call the Port of Vancouver. The NYK Sakura Leader is one of the world’s largest car and truck carriers, handling approximately 7,000 vehicles per voyage. By using LNG—natural gas in liquid form—as its primary fuel source, and along with a modern hull design, this ship reduces its overall level of air contaminants and greenhouse gas emissions, which contribute to climate change and affect air quality. In keeping with the longstanding maritime tradition, a plaque exchange between the NYK Sakura Leader’s captain and the port authority was held to commemorate the ship’s maiden voyage from Japan to the Annacis auto terminal operated by Wallenius Wilhelmsen Solutions. Thomas Cannell, an award-winning Musqueam artist, designed the new plaque as a representation of the port authority’s role in environmental protection. The design also honours the roots of the four First Nations that continue to live in and around the port: Musqueam, Squamish, Tsleil-Waututh, and Tsawwassen. 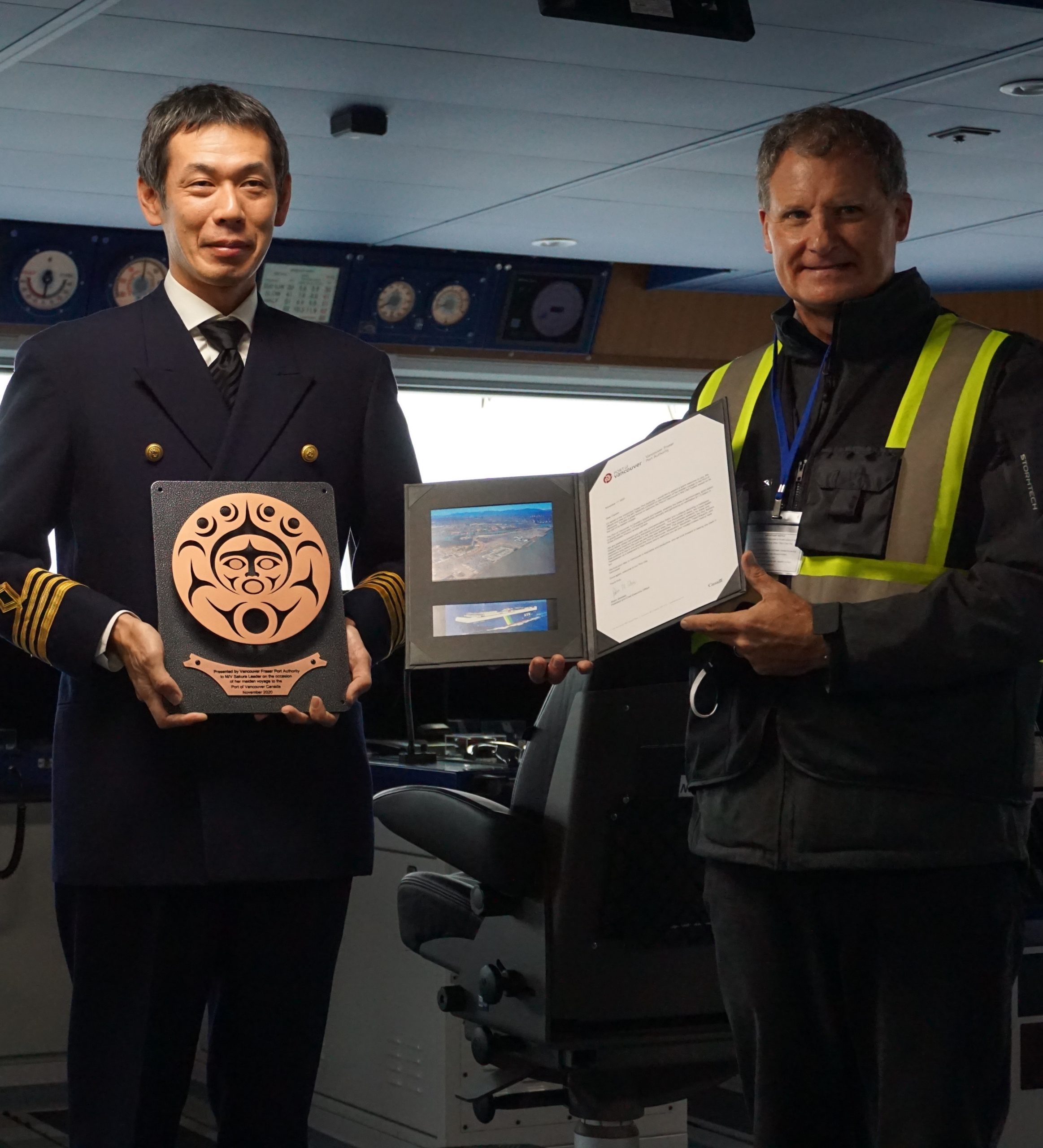 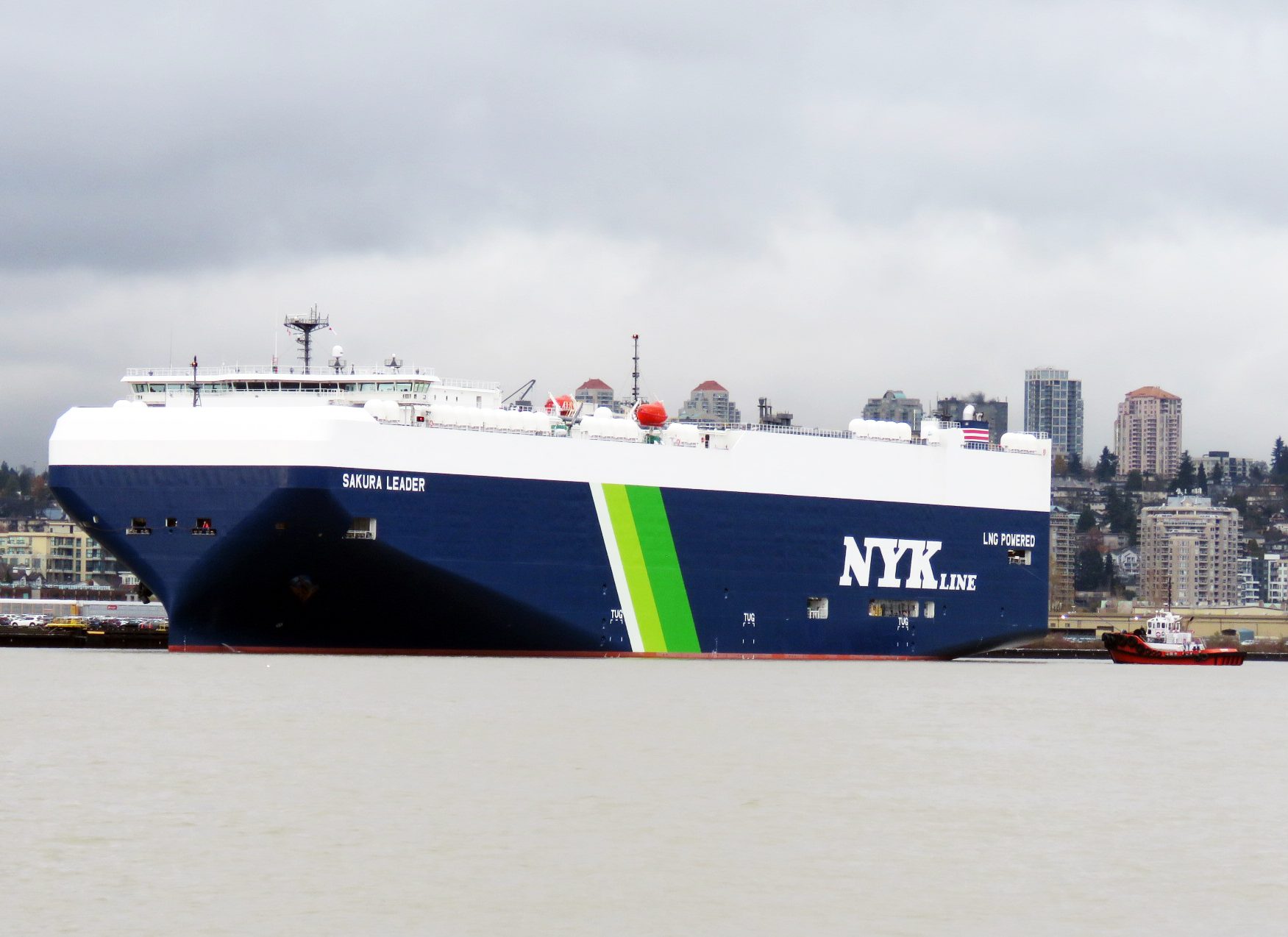 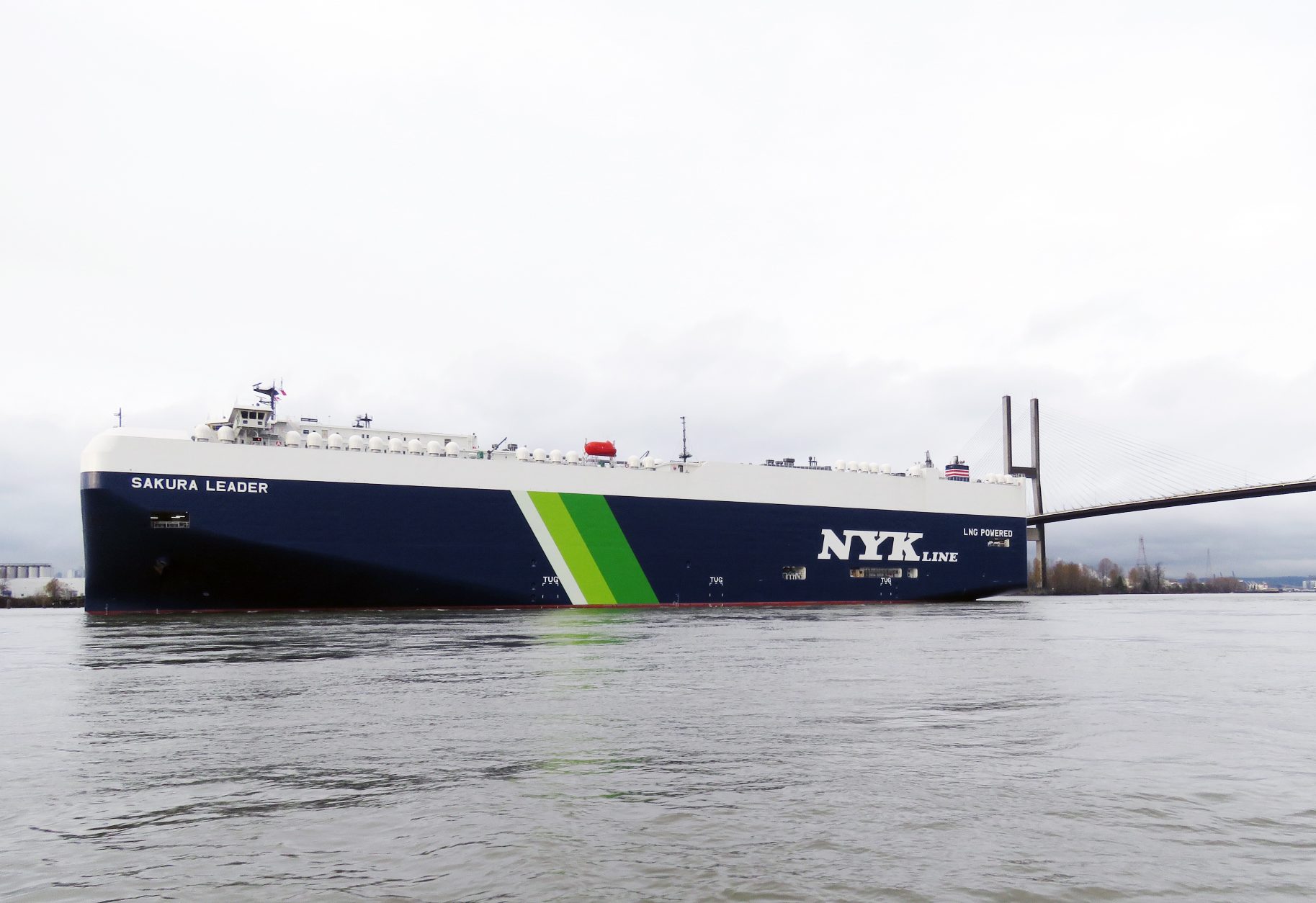