The Vancouver Fraser Port Authority led the roadwork project to widen and realign Commissioner Street to the north between Nanaimo Street and Slocan Street to increase throughput, road safety and make room for Canadian Pacific (CP) to add additional rail tracks. We led this project to help support the capacity needed on the south shore to move goods and improve the road and port operations.

This project received funding in 2019 from the Government of Canada’s National Trade Corridors Fund (NTCF) and is the second NTCF project completed by the port authority. Construction of the roadworks began in March 2021 and achieved completion in August 2022. 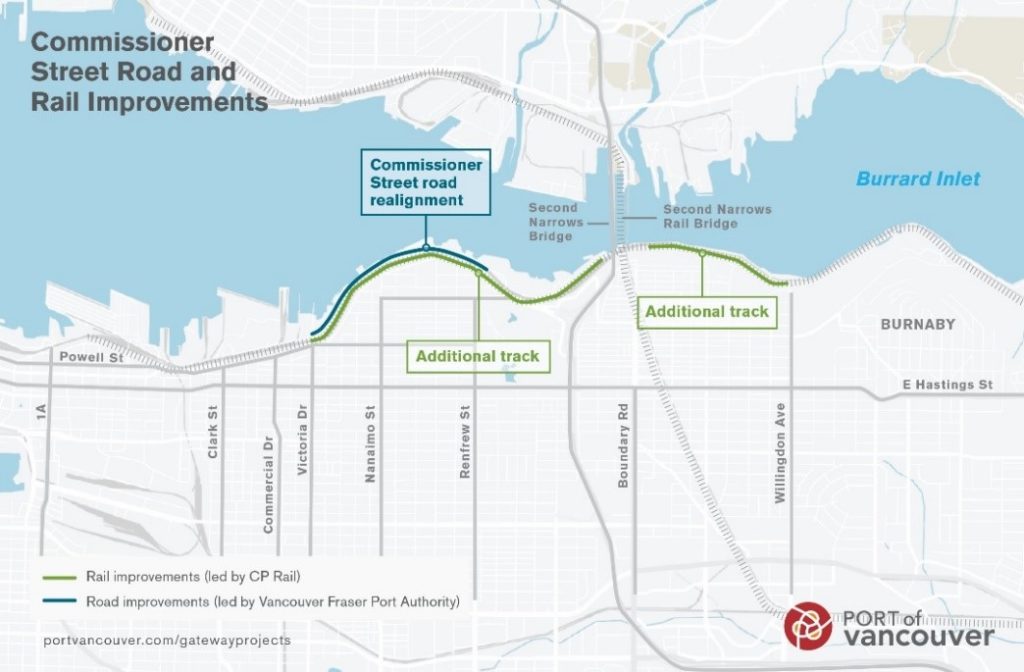 CP is leading the Commissioner Street Rail Expansion Project, which proposes to expand their existing rail infrastructure along this corridor. This project received a PER permit from the port authority in May 2022. For any questions or concerns about the project or rail operations, please visit the CP website.

The project set up a community amenity to thank the community for their patience during construction. With input from the East Vancouver Port Lands (EVPL) committee, we have identified community organizations in East Vancouver that would benefit from funding. One of the funding recipients is the Vancouver Aboriginal Friendship Centre.

This project was funded by the Government of Canada through the National Trade Corridors Fund, the port authority and CP.