Aquatic and terrestrial species | Port of Vancouver
Skip to content 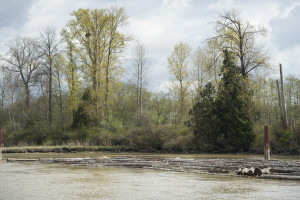 In the Lower Mainland, we have a remarkable variety of aquatic and terrestrial species that live within our jurisdiction. A healthy environment relies on all levels of the ecosystem, from small plants and biofilm to robust fish populations and wildlife. Port operations and infrastructure development can cause habitat loss and degradation, introduce invasive species, and increase light and noise emissions, all of which can affect biodiversity and ecosystem productivity.

We manage potential impacts on species through project and environmental reviews, species at risk inventories and management plans, invasive species management, and our Land Use Plan.

We require permits for all new activities or developments on or in port lands or waters. Through our Project and Environmental Review process, we review permit applications and make a determination on the potential environmental impact, including impacts on biodiversity. We will not authorize or allow a proposed project to proceed if it is likely to result in significant adverse environmental effects. Should a project be approved, the permit will include environmental conditions designed to avoid or mitigate potential impacts. 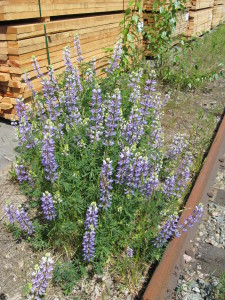 A recent port authority study identified 32 federally-listed species at risk that are known or likely to be present in Burrard Inlet and the Fraser River, areas within our jurisdiction. Under Canada’s Species at Risk Act, species at risk and designated critical habitat are legally protected from disturbance on federal lands.

To better protect species at risk and manage any port-related effects on these species and their habitats, we carried out field surveys and testing for the following species:

Within our jurisdiction, we also have federally protected areas of critical habitat for:

For certain species at risk, such as the southern resident killer whales, we are taking active measures to improve habitat through programs such as ECHO.

Learn more about how we are identifying managing impacts to local species, including the little brown bat and white sturgeon.

Invasive species enter port lands and waters through a number of pathways, including ballast water exchange and cargo shipments. Federal agencies, including the Canadian Food Inspection Agency, Transport Canada, Environment and Climate Change Canada, and Fisheries and Oceans Canada play lead roles in monitoring and preventing the introduction of invasive species through the port.

Annually, we manage and treat key invasive plants, such as knotweed, within our jurisdiction. Moving forward, we will be working with tenants on developing management plans for high-risk, land-based invasive plant species.