The New Brighton Park Shoreline Habitat Restoration Project is situated within New Brighton Park, along the south side of Burrard Inlet, west of the Second Narrows Bridge in Vancouver, B.C. The Vancouver Fraser Port Authority and the Vancouver Board of Parks and Recreation, along with Musqueam, Squamish and Tsleil-Waututh Nations, worked together on this collaborative project that supports the Park Board’s Strategic Plan, Rewilding Action Plan, and Biodiversity Strategy. It also implements the vision of the 2010 Hastings Park/Pacific National Exhibition (PNE) Master Plan and the 1997 New Brighton Park Master Plan.

Project construction was completed in summer 2017. This included an extensive planting program within the newly constructed wetland, including approximately 25,000 salt marsh plugs, 200 native trees and 4,000 coastal shrubs. Fencing will remain in place for the first few growing seasons to deter Canada geese from feeding on the salt marsh plantings, and to allow the vegetation to successfully establish within the wetland.

The project presented a significant opportunity to restore coastal wetland habitat on the south shore of Burrard Inlet. Juvenile fish from the Indian and Seymour rivers have been known to experience high mortality as they migrate through Burrard Inlet. The creation of a tidal wetland at New Brighton Park provides critical habitat for juvenile salmon that migrate along the Burrard Inlet shoreline as they head out to sea. This wetland also provides resting and feeding habitat for local shorebirds.

The site was selected based on its potential to benefit a broad range of fish and wildlife species and to increase the overall ecological function. The project has restored and enhanced a historically filled foreshore and upland area by providing high-value habitat for fish, birds and other wildlife. 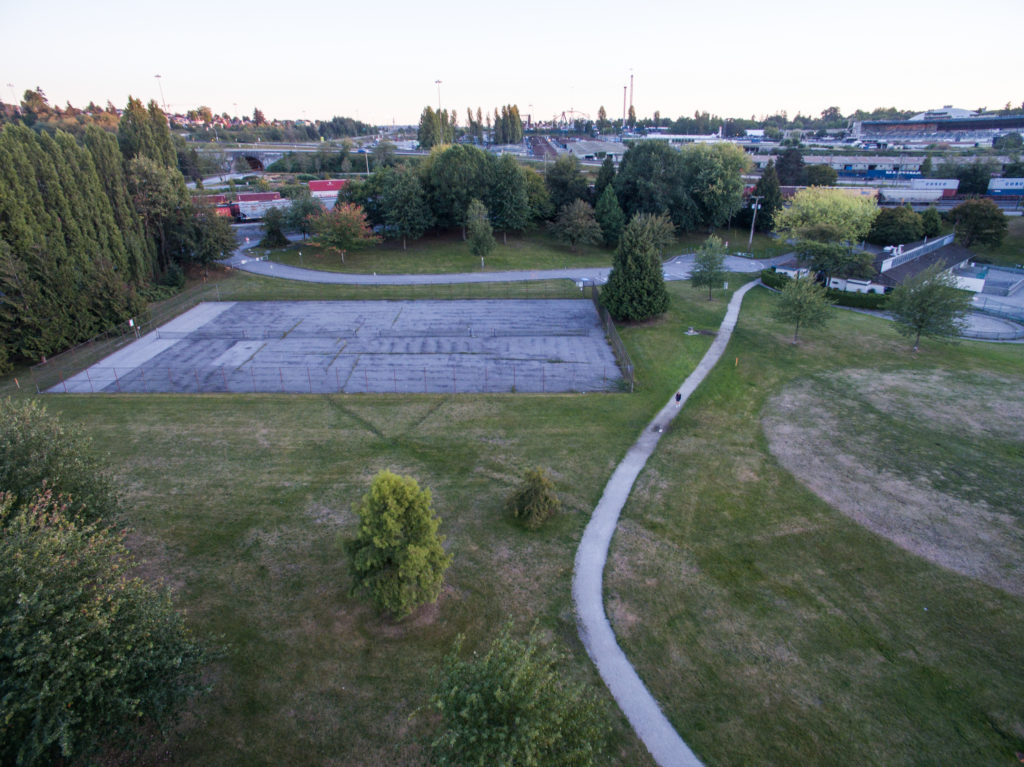 View looking northeast, with the constructed tidal wetland in the foreground (May 2018) 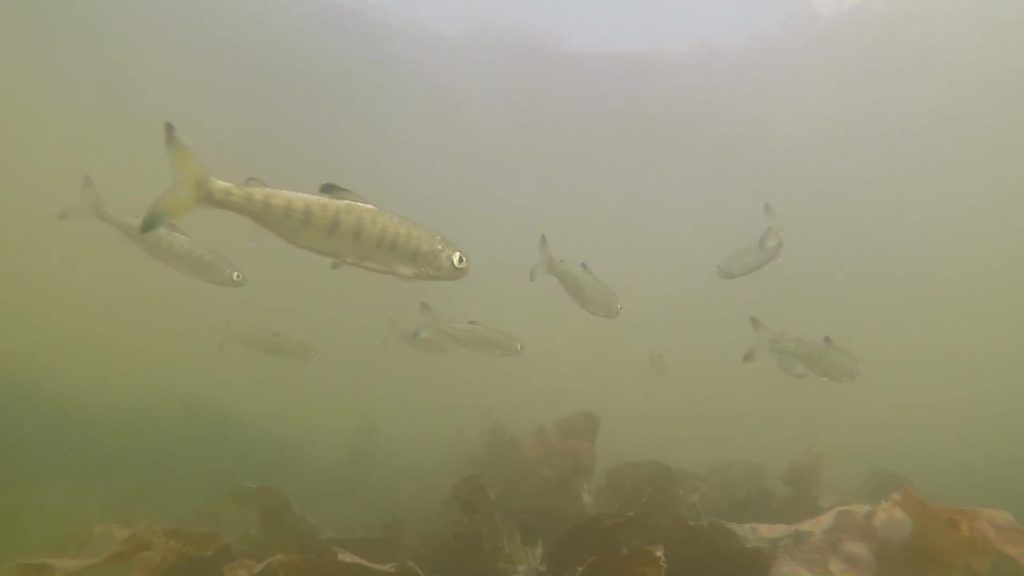 Other project features include the following:

In 2018, the Project received a gold rating under the Stewardship Centre for B.C.’s Green Shores® for Coastal Development program, which demonstrates the highest possible achievement of project environmental goals and leadership in shoreline stewardship. This gold rating is based on a number of factors including excellence in rehabilitation of coastal habitat, innovation and climate change adaptation.

This project was also selected as a finalist for the 2018 Environmental Managers Association of British Columbia’s Environmental Management Awards, and was a featured presentation regarding port cities and thriving environments at the 16th Annual World Conference of Cities and Ports.

Four rounds of public consultation were undertaken in 2015 and 2016, with input incorporated into project design.  A stakeholder advisory group made up of community representatives, park users, and technical experts were also a key part of the engagement process. 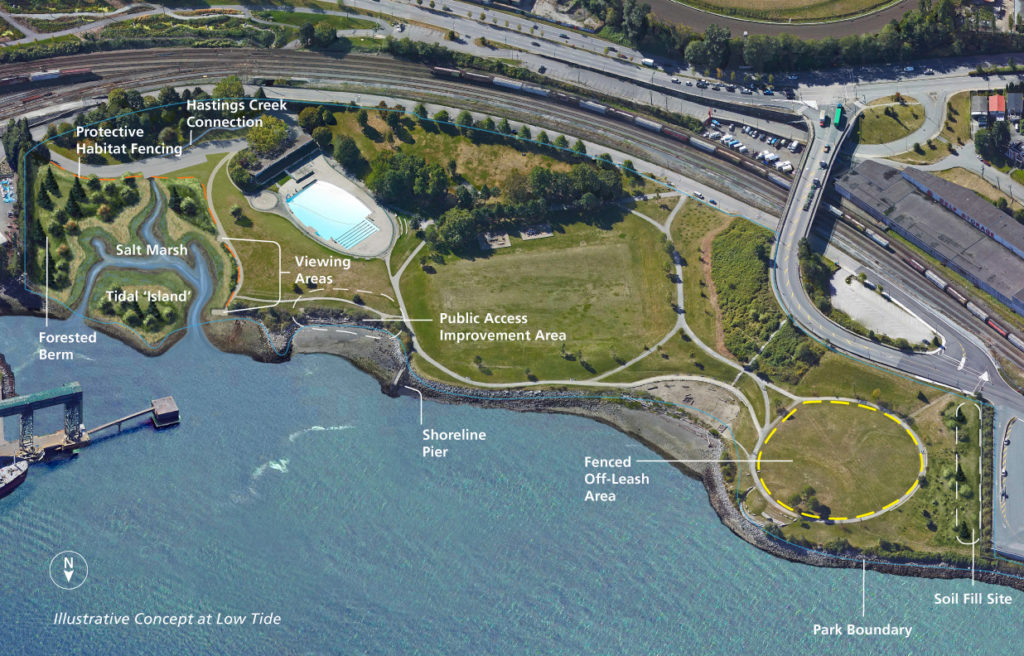 The port authority manages a Habitat Enhancement Program that focuses on creating and enhancing habitat to benefit fish and wildlife throughout the region. The program is a proactive measure intended to provide a balance between a healthy environment and future development that may be required by the Vancouver Fraser Port Authority, its tenants or terminals.

As is the case with all Habitat Enhancement Program projects, annual monitoring is being completed at New Brighton Park by biologists and coastal engineers to ensure the wetland habitat meets its biophysical objectives.