Since 2010, we have used scenario planning as a strategic tool to test our thinking and challenge our assumptions about the future. Joining us on this journey are those with a stake in the future of the Vancouver Gateway including terminal operators, railways, industry organizations, communities, municipalities, government agencies, and First Nations leaders. Together, we have imagined what our gateway could look like in the next 20 and 40 years.

We identified four plausible scenarios for the future – these are stories about alternative futures, the futures that “could be”. 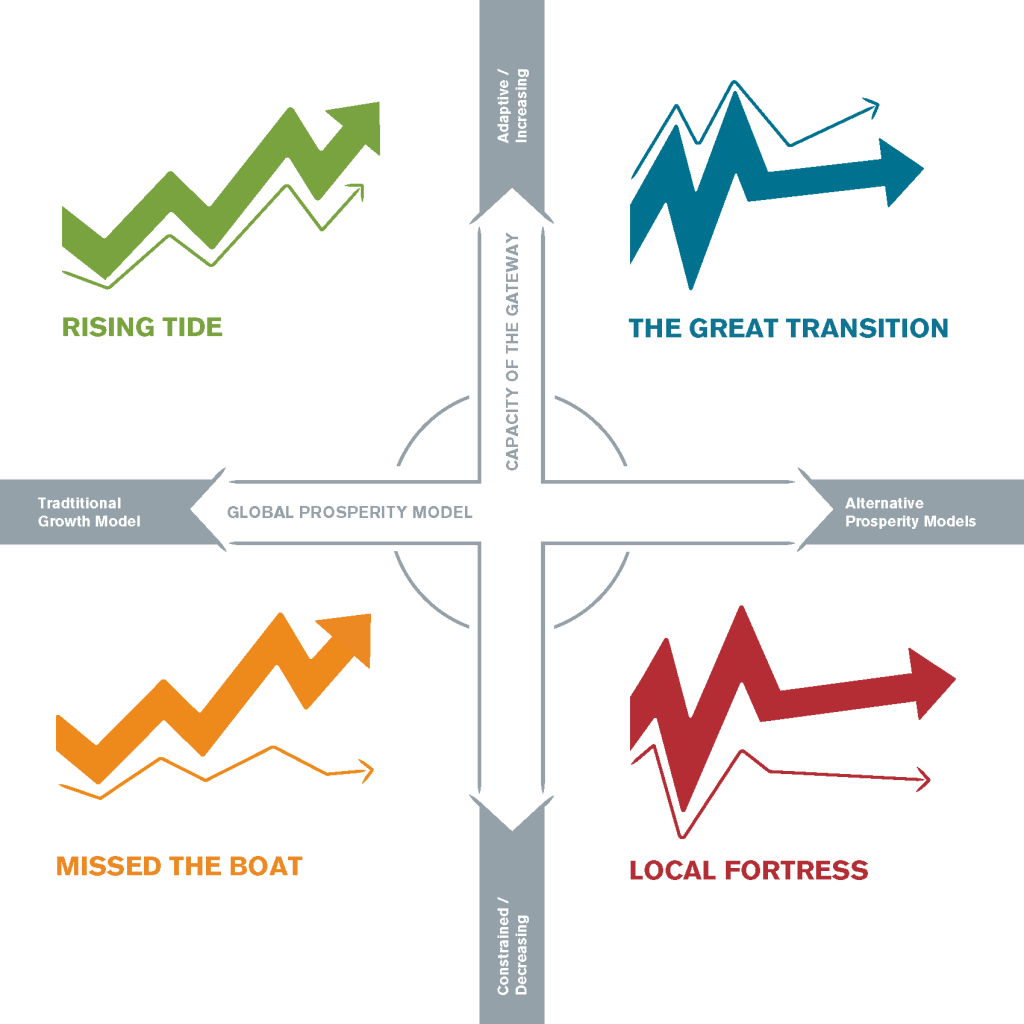 The building blocks of these scenarios are the key drivers of change that participants told us would be the most influential in shaping the future:

Each year, we monitor the key drivers of change to prepare for these scenarios and, in collaboration with our partners, are charting a course towards a sustainable gateway that will thrive and prosper, no matter what the future holds.

In order to develop divergent but plausible scenarios, two important and often likely uncertainties are selected to build the scenarios.

We believe The Great Transition is a likely scenario and one we believe is worth aspiring to. It represents a shift to a lower carbon economy with a focus on sustainable trade – an ability to accommodate Canada’s trade needs, but at the same time maintain a healthy environment and enable thriving communities.

Several influencing trends have emerged since we originally developed the Port 2050 scenarios in 2010, including: