Board of Directors | Port of Vancouver
Skip to content 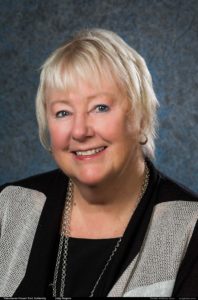 Chair, board of directors

Ms. Rogers operates her own consulting firm, advising private, public and Crown corporations in government affairs and communications. She held the role of city manager of the City of Vancouver from 1999 to 2008. Ms. Rogers is chair of the board of directors of the B.C. Assessment Authority. She is past chair of the B.C. Housing Commission and the UBC Alumni Association, past president of the Institute of Public Administration of Canada, and served on the board for the Vancouver Organizing Committee for the 2010 Olympic and Paralympic Winter Games. Ms. Rogers received the Order of Canada in 2017, and is the recipient of two United Nations public service awards. She has a Masters degree in Public Administration from the University of Victoria and an honourary Doctorate of Laws from Capilano University. 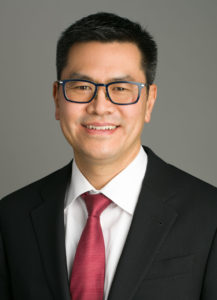 Mr. Chan serves on the boards of BC Ferries, Kinetrex Energy, and the TK Foundation, a private foundation supporting non-profit maritime and youth programs. He spent nearly 20 years in a variety of senior positions with Teekay Corporation, one of the world’s largest marine energy transportation, storage and production companies with offices in 14 countries and approximately 8,300 seagoing and shore-based employees. Prior to that, Mr. Chan was with Ernst & Young, LLC in Vancouver. He holds a Masters in Business Administration and is a Chartered Professional Accountant and Chartered Financial Analyst. Mr. Chan also currently volunteers on the Lions Gate Hospital Foundation Investment Committee, and as a search and rescue lifeboat Coxswain with the Royal Canadian Marine Search and Rescue. 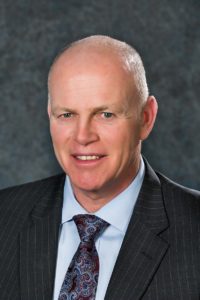 Mr. Corrigan is the chief executive officer of Interferry Inc., a global trade association representing the world-wide ferry industry with a mandate to promote ferry safety and share operational best practices across the industry. He gained extensive international experience in the marine transportation industry at BC Ferries, one of the world’s largest ferry operators, where he was the first chief operating officer in the history of the company, and later served as president & chief executive officer for five and a half years guiding BC Ferries through significant transformation in all aspects of its business. Before joining BC Ferries, he held various senior management roles at WestCoast Energy’s operations across Canada. Mr. Corrigan holds an MBA from the University of Victoria where he was awarded the 2018 Distinguished Alumni Award for the business school. 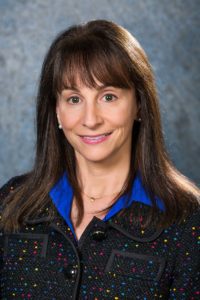 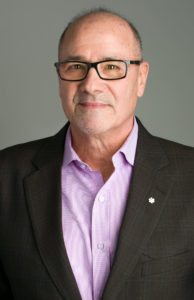 Appointed by the province of British Columbia

Mr. Georgetti is the principal at Montrose Consulting with over 30 years of legislative and policy experience.  His expertise includes labour relations and government policy at both the provincial and federal level.  He is the co-founder of Concert Properties and president emeritus of the Canadian labour congress, and has served on numerous Boards and Commissions.  During his 15-year term as the former president of the Canadian Labour Congress, he achieved significant legislative improvements for workers.  Mr. Georgetti has been awarded the Order of Canada, the Order of British Columbia, and the Queen Elizabeth II Golden and Diamond Jubilee Medals for his significant contributions to public service. 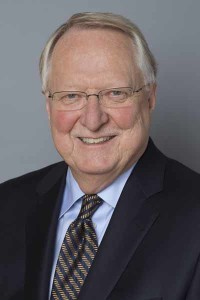 Appointed by the provinces of Alberta, Saskatchewan and Manitoba

Mr. Loberg was the president and chief executive officer of NorTerra Inc., an Edmonton based investment and management company with investments in air and marine transportation, logistics, industrial supplies, and manufacturing, from 2000 to 2010. He is a director of Stuart Olson Inc. and McCoy Global Inc., and a former director of Canadian Helicopters Limited, HNZ Group Inc., and a number of private companies. He is also a former director of ArcticNet, a national organization of centres of excellence comprised of Canada’s leading universities, the Edmonton Oilers Community Foundation, and the Edmonton Chamber of Commerce. 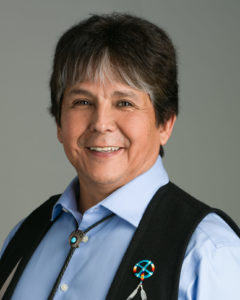 Chief Louie is the Chief of the Osoyoos Indian Band, part of the Okanagan Nation in South Central British Columbia.  He is also the CEO of the Osoyoos Indian Band Development Corporation, which was formed to provide strategic direction to existing businesses and to seek new economic opportunities.  Under the direction of Chief Louie, the band has become a multi-faceted corporation that owns and manages 11 businesses, five joint ventures and employs one thousand people.  He attended the University of Regina (Saskatchewan Indian Federated College) in the Native American Studies Program and continued Native American studies at the University of Lethbridge, from 1979 to 1982. 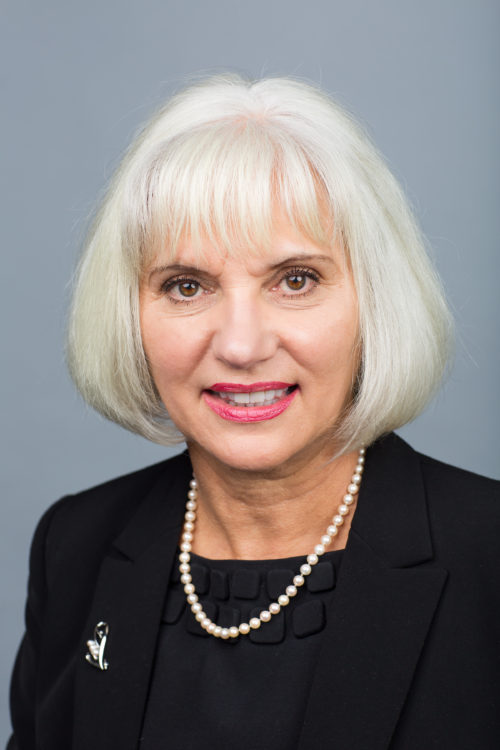 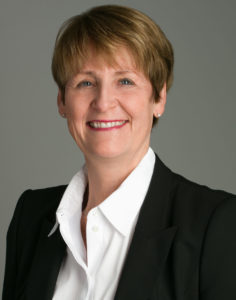 Ms. McLeod is a former energy executive with Westcoast Energy Inc. and was vice president and treasurer when Westcoast Energy was acquired by Duke Energy. Previously Ms. McLeod worked in corporate banking for CIBC in the energy, regulated businesses and government sectors. She has extensive banking, finance and capital project experience. Ms. McLeod has served on the boards of directors of B.C. Investment Management Corporation and B.C. Transmission Company. In the not-for-profit sector, she was a member of the board of directors of the BC Cancer Foundation, St. Paul’s Hospital Foundation and the Forum for Women Entrepreneurs. Ms. McLeod holds a Bachelor of Commerce degree from the University of Saskatchewan, a Bachelor of Laws degree from Queen’s University and is a graduate of the Institute of Corporate Directors director certification program. 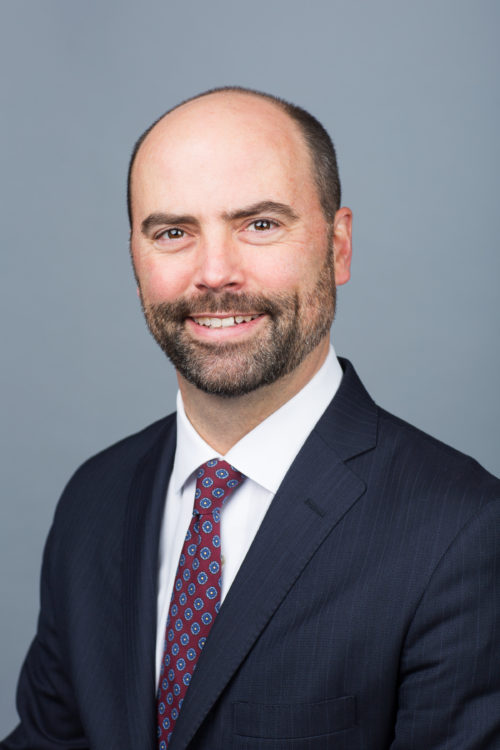 Appointed by the federal government

Mr. Munroe is a partner at Pulver Crawford Munroe LLP and has been practising law in British Columbia for 20 years, advising companies in the resource, transportation, marine, construction and retail industries. He has extensive experience serving at the executive level in several organizations, as well as on professional and non-profit boards of directors. Mr. Munroe is the past-president of the Canadian Association of Counsel to Employers, and has served on the board of the Vancouver Bar Association, the Children’s Arts Umbrella Association, and the Royal Vancouver Yacht Club. He has a Bachelor of Arts in Political Science and a Juris Doctor from the University of British Columbia. 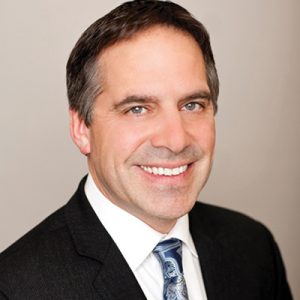 Appointed by the 16 municipalities within the port authority’s jurisdiction

Darrell Mussatto served as mayor of the City of North Vancouver for 13 years from 2005 until 2018 and 12 years as a city councillor prior to that. Mr. Mussatto has a long career in public service. He spent his first few years after university teaching in the public school system prior to changing careers and working as a paramedic with the British Columbia Ambulance Service. After retiring, he dedicated his time to municipal government with an emphasis on becoming a more environmentally sustainable and socially inclusive community. His achievements include the reduction of both community and corporate GHG emissions and the addition of more diverse and socially inclusive housing. At the regional level, he participated in the Translink Mayors’ plan and was a director on the E-COMM 911 Board. As chair of the Metro Vancouver Utilities Committee, he was responsible for all the water and wastewater treatment and delivery, and responsible for advising on many large-scale infrastructure projects. Mr. Mussatto currently serves as a member of the audit council for the B.C. auditor general for local government.